At the Institute of Micro process engineering (IMVT) a novel micro membrane reactor has been developed to overcome safety and reactions technological problems.

In our concept the reaction takes place in a meandering micro channel. The reaction medium is a liquid solvent, in which the catalyst is suspended. Oxygen and hydrogen are brought in via a membrane and react at the catalyst to form Hydrogen peroxide. The catalyst can be applied as suspension as packed bed or as wall coating.To increase yield the reactants are resaturated alternately.

Since the reaction takes place in liquid phase no explosive atmosphere is formed. The saturation of the surface layer of the liquid is effective in micro structure since the diffusion length is not small in reference to the channel depth. The suspended catalyst effects a pseudo-homogenous reaction throughout the reaction volume. 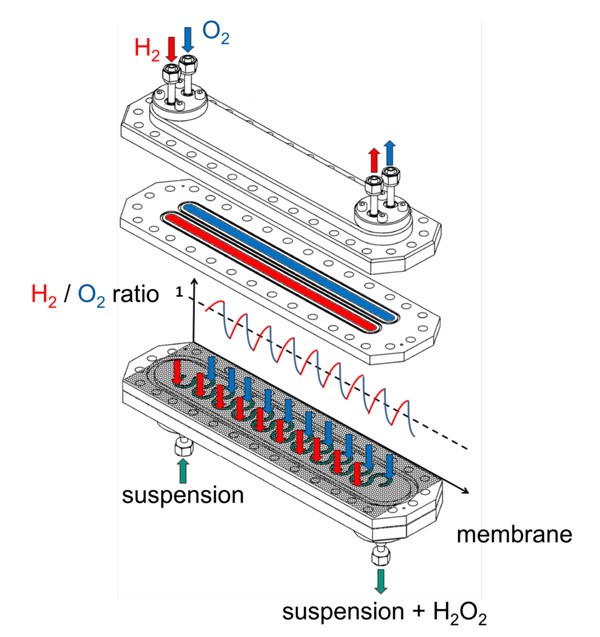