MINERVE project dealt with the issue of the CO2 value chain and with the development of a new family of solutions for renewable electricity storage/valorization through “Power to Gas”.

The share of renewable and intermittent sources (wind farms, photovoltaics) in the French and European electricity mix increases. It induces a global geographical and time gap between electricity production and demand, which “Power to gas” and more particularly “Power to Methane” could help filling by converting the temporary over-production of low cost renewable electricity into synthetic methane, and by injecting the later into the natural gas grid.

In the MINERVE project a disruptive electrochemical and catalytic process that convert directly CO2 and steam into syngas by high-temperature co-electrolysis and then into methane by compact methanation devices was developed.

thanks to its high operating temperature (700-900°C), replacing water by steam as input, the dissociation of steam (gas phase) requires less energy compared to liquid water;
for increasing temperatures a part of the electrical energy required to dissociate the water molecule can be replaced by heat. Thus, higher electrical efficiencies were achieved.

The methanation technology after co-electrolysis, developed by IMVT, consequently consisted on converting CO / CO2 mixtures from the co-electrolysis with hydrogen in order to obtain CH4. This catalytic reaction is extremely exothermic which means that heat is produced at the same time as methane. The advanced methanation technology developed allowed high CO/CO2 conversions through an optimized heat and temperature management.

From an economic point of view, results showed that running a 20 MWe Power to gas plant coupling hydrogen and synthetic methane production (conversion rate of 50%) can lead to quite interesting production costs for renewable methane even at 4 000 of operating hours per year. Obtained production costs of methane were at that time quite competitive if compared to current feed-in tariffs for biomethane in Europe. 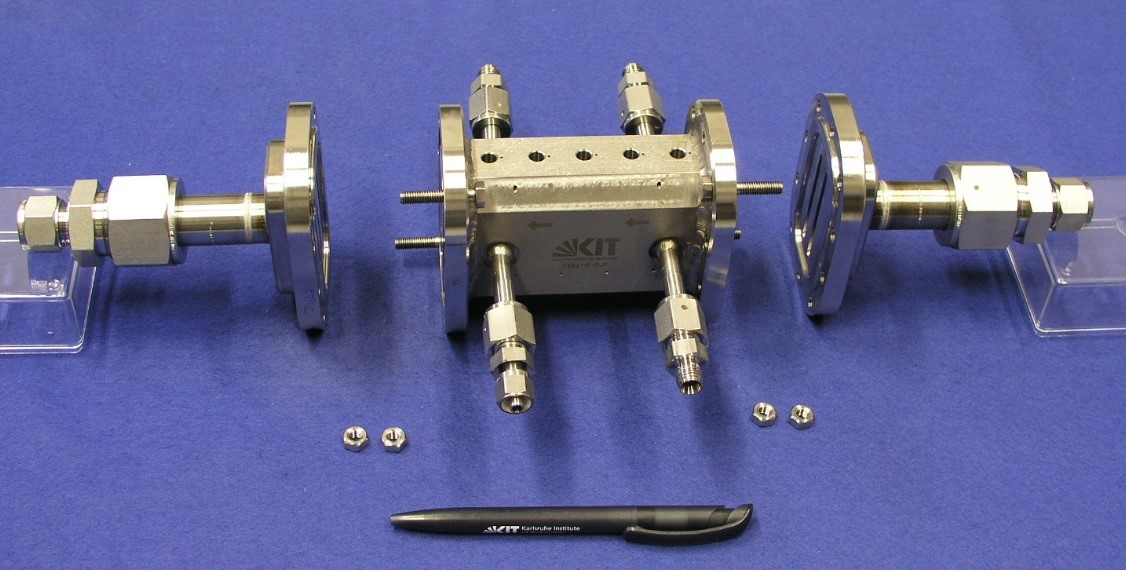 On the temperature control in a microstructured packed bed reactor for methanation of CO/CO2 mixtures .

Micro and micro-membrane reactors for advanced applicationb in energy conversion .